YORK – A Linwood woman was held in jail on a felony charge for allegedly taking items from a garage she recently sold.

According to a press release from Livingston County Sheriff Thomas Dougherty, Nancy Castle-Scott, 56, was arrested for felony Grand Larceny in the Third Degree.

On Sept. 30, the Sheriff’s Office responded to a residence on North Linwood Road for a complaint of items missing from a garage.

On Dec. 14, Investigator Dan Rittenhouse arrested Castle-Scott. The charge is Grand Larceny in the Third Degree as the value of the items taken was valued at over $3,000.

Castle-Scott was turned over to Central Booking Deputies at the Livingston County Jail for processing and pre-arraignment detention. 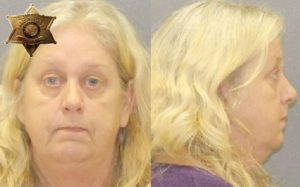