LIVONIA – The Livonia resident and now former Avon Central School teacher charged with three felonies for allegations that she defrauded the welfare fraud system strongly denies all of the charges, and emphasizes that they are merely accusations, not convictions.

“But yes it would be accurate to say that I deny these charges,” wrote Cavalcante-Bezerra over Facebook messenger. “What really bothers me personally is that you can on accusation put something on social networking that can ruin a person’s reputation when nothing has been even tried yet and much less convicted. Obviously my personal case to me is different but everyone must feel the same who is wrongly accused, obviously that’s my business to resolve in Court. But if things like that are going to be published publicly all facts and both sides should be represented not just the charges. In fact in my case DSS acknowledges that I turned in everything I needed to I just didn’t do it in a timely enough manner, negligence for sure but not crime. The only reason this is a felony is due to the value of what they say they overpaid me, and they only do this is criminal charge now it is because in the past with civil agreements they wouldn’t get repayment. This is a method for them to receive back the $5,000 that they feel I owe them. I can and will gladly pay that therefore I’m sure this will be resolved in court. But none of that is really relevant to the fact that you defame people when no actual conviction has happened yet”

The Livingston County Sheriff’s Office arrested Cavalcante-Bezerra on March 28, at which time her employment ended at Avon Primary School. The Sheriff’s Office’s March 31 press release said that it is alleged that she applied for and received benefits from the Livingston County Department of Social Services and did not disclose all income she was receiving to DSS (the Department of Social Services) which resulted in an overpayment in benefits of $5,834.

Cavalcante-Bezerra added that she is a productive member of the community who has never been in legal trouble before.

“I am a teacher Girl Scout leader and member of my community that has never had legal issues in my life and it’s ridiculous that I’m being publicly shamed for something that I am still fighting in court it would be different if I had been convicted of those charges then you would have every right to plaster it wherever you would like because it would be public record,” said Bezerra. “I do realize that arrest records are also public but that’s ridiculous to put on social media.”

Continue to follow the GeneseeSun.com in the coming months as this case proceeds in court. 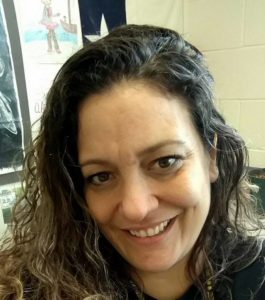