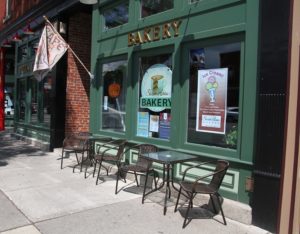 GENESEO – Sweet Arts Bakery on Main Street Geneseo will be in the spotlight next week as the living set for an early episode in a new web series.

Summer Vacation, a web series by firsttime director Steven Kendrat, will shoot one of its first episodes at Sweet Arts on July 6 before taking off across western and central New York state to shoot on numerous locations.

“This location came about because Aidan Lewis auditioned and was cast as the cashier in a scene in a coffee shop,” said Cara D’Emanuele, Casting Director for Summer Vacation and actor who will play the lead’s mother. “We said the scene would be set in a coffee house, and his mom, Ruth Anne, said ‘Hey, we own one!'”

Professional actors from Buffalo, Syracuse and Rochester will arrive at Sweet Arts at about 2 p.m. on July 6. Lewis is helping select background actors from the Livingston County talent pool, possibly from the Geneseo Community Players.

Shooting has not officially begun for the series, but the show will follow a teenage girl through her summer vacation in a small town away from home.

“The lead, Jessie, goes to a little town where her family has a cottage for summer vacation,” said D’Emmanuele. “This will be one of the first three episodes. She runs into the boy she has a crush on, Ben, and the school bully, Derek, at the coffee shop. Derek knows a secret about her that she really doesn’t want to get out but Ben has no idea and thinks they should all drink coffee and hang out.”

The entire show will be filmed on no budget with handheld home-video quality equipment and no supplemental lighting, as many small web series these days are.

“I work on hundreds of projects a year, and unfortunately many of them are not particularly well written,” said D’Emanuele. “Steven saw that web series are becoming incredibly popular and knew that not everyone can do them well. He graduated Syracuse University with a Master’s in Teen-Targeted Web Media and wrote his dissertation on it. As a 50-something in the field it’s really great to see such a dedicated 20-something.”

Episodes will be released online by Thanksgiving. Kendrat is not yet sure which platforms the show will use, be it YouTube or another online video or social media platform. 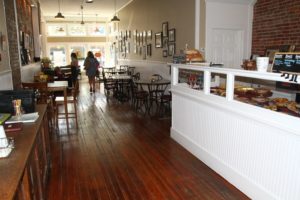 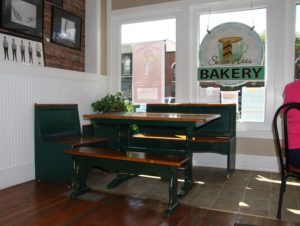