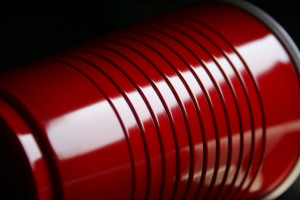 GENESEO – The controversial Social Host Law has now been in effect for one year. Since its passage, three people, all college students, have been charged with violations.

Many SUNY Geneseo students have vocally opposed the law since its passage in April 2015. It establishes a violation-level charge and $250 fine when a person is proven to be in control of a residence where underage people are being served alcohol or drugs illegally. Village Trustees Mary Rutigliano and Matthew Cook, who are also SUNY Geneseo students, said that the law is most effective when enforced as an alternative to more serious misdemeanor charges.

“As we are trying to work with students as partners in safe and legal consumption, our Geneseo Police Department is finding a balance between public safety and enforcing the law,” said Trustee Mary Rutigliano. “From what started as a noise complaint, Mr. Wood could have been charged with over 20 counts for providing alcohol to minors. However, he was only charged with a violation, because that’s not the culture we want to promote in Geneseo. We want to foster and promote a culture in which the college, local police, and students are partners and equals in public safety.”

Trustee Matthew Cook agreed that the Social Host Law is an alternative to misdemeanor charges, but said that a person who is charged under Social Host should not also be charged with misdemeanor Unlawful Dealing With a Child for serving alcohol to underage people at their party.

“I agree that instead of charging students with misdemeanors, the Social Host Law is a better alternative,” said Cook. “But there needs to be an effort to make it more clear. Students have still been charged with both Unlawful Dealing With of a Child and the Social Host Law and just had the misdemeanor dropped by the village court. I think that it needs to be that you can be charged with one or the other, but not both just for the possibility that it may be dropped later.”

Two students, whose records have since been sealed, were each charged with Social Host Law violations and Unlawful Dealing With a Child on Oct. 31, 2015. On April 24, college student Nicholas Wood was charged with only a Social Host violation.

Geneseo Police Chief Eric Osganian said that there are other laws besides Unlawful Dealing that are applicable when underage people are served alcohol or drugs at a party, like Criminal Nuisance in the Second Degree, a misdemeanor. However, Osganian added that the Police Department’s end goal is to curb underage drinking.

“We are trying not to ‘overcharge’ persons with offenses, but these state charges are in the Penal Law and could be applied,” said Osganian. “There’s nothing stating that a person can’t be charged with them. Our goal is to try and lower underage drinking and the quality of life offenses that come with it, like theft, damage to property, disorderly conduct, as well as injury and sometimes death. It’s a fact that we have had people die due to alcohol and drug overdoses, so we should try to stop another death from happening.”

Osganian re-iterated that witnesses should always call 911 when someone could be overdosing on alcohol or drugs.

“Two 18-year-olds were taken transported to the hospital by the ambulance for an alcohol overdose in April,” said Osganian. “In both cases, they were not charged with possession of alcohol, as we don’t charge for this on medical calls prior to and since the Good Samaritan Law has been in effect. But Geneseo ambulances are transporting young people to the hospital for alcohol intoxication and they are being treated.”