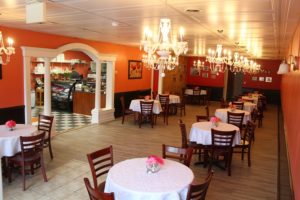 On March 1, 2014, business partners Margaret Zdzieszynski and Krystyna Skrzypek, natives of Warsaw, Poland, opened a tiny restaurant and pastry shop on a whim at 116 Main Street. Neither had ever owned her own business, and had no idea that Euro Café would explode to fill more than double the space within two and a half years.

“Margaret and I met in Rochester seven years ago, since we had the same groups of friends,” said Skrzypek as Zdzieszynski painstakingly prepared the day’s food. “We were both transitioning from our jobs. Margaret went on a nice walk in Geneseo one day with her husband, and saw that a space was available. She always wanted to have her own restaurant, and after we talked about it and saw that the space was still available, we opened at the old location. It has taken a lot, a lot of work, but we are so happy to be able to serve more customers at our new location.”

Zdzieszynski, Skrzypek and their respective husbands, Slavek and Jan, rebuilt the space from the floors up. Since May, Euro Café installed new flooring, ceiling, a sink, and many shelves. They purchased furniture, chandeliers, freezers, refrigerators, and an oven, in addition to what was left from Miceli’s Deli. Contract Trade Services installed new electrical wiring for the elegant chandeliers. Signlanguage, Inc. from Perry set up the window signage, welcoming customers in several European languages.

“If you want authentic European dishes, particularly Polish, then this is the place to stop,” posted Ben M. from Syracuse. “I loved every bit of it. Simply amazing, the wait staff was knowledgable, and fast. […] Fresh ingredients, and you can see the proprietors cooking in the kitchen. Great experience!! Enjoy!”

“There’s few things more endearing than being cooked for and served by the owners, especially when those owners can so easily tell you everything about what you’re eating,” posted Patrick R. from North Hollywood, CA. “Eastern European food is a bit hard to find in Los Angeles, and it was everything I had been missing back West. Great food, great atmosphere, and definitely not to be missed if you find yourself in the area.”

Zdzieszynski and Skrzypek say that the magic is in the ingredients.

“Everything is fresh and made from scratch. Homemade, no preservatives,” said Skrzypek. “We buy all of our ingredients from public markets. The sausage comes from wholesale markets in Brooklyn, and everything on our shelves are imported from Poland.”

“Chicken à la Varsovie is a Polish dish with a French name, named for its creation story,” said Zdzieszynski. “When Napoleon pushed the Russians from Poland in the 1800’s, he was served this dish by the Countess Walewska. It was so beautiful and so delicious that he immediately fell in love, not only with her but with the chicken. From then on, whenever he ate it he would lean back and whisper ‘ah…Varsovie…'”

Traditional cakes and pasteries fill a refrigerator by the counter. Candy and canned goods imported from Poland line the walls.

Zdzieszynski and Skrzypek enjoy serving their food. Part of the enjoyment is creating dishes and baked goods that they grew up with. A bigger part, though, is sharing customers’ first experiences with traditional Polish cuisine.

“We want to introduce all of our customers to Polish cooking,” said Skrzypek. “We don’t just share the food but memories. Many customers have roots in Poland or Europe and remember these dishes or ingredients from their childhoods. Also some have never had this kind of food before and come in not knowing what to expect. Then they finish eating and are so relaxed, so happy, it is very rewarding for us. It’s almost like the food has a power to make people happy.”

Euro Café opens from 11 a.m. to 8 p.m. Tuesday through Saturday. Keep on top of their specials and updates on their Facebook page here and their website here. 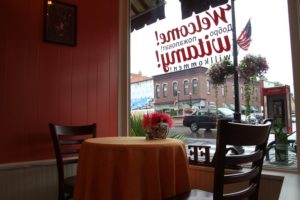 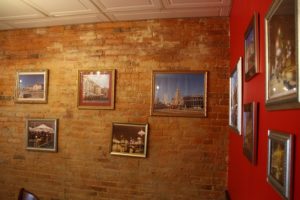 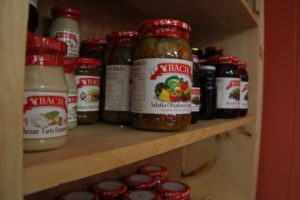 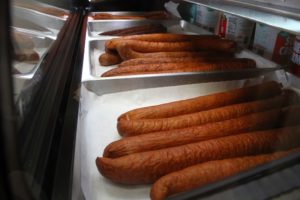 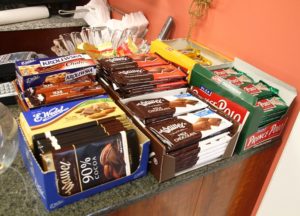 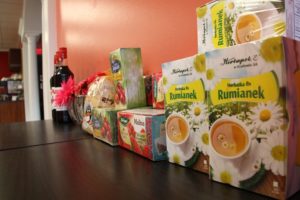 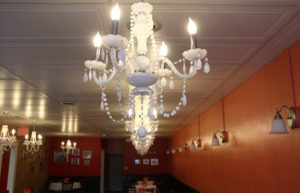 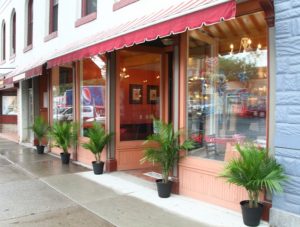 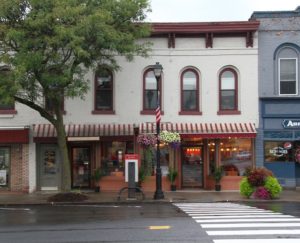 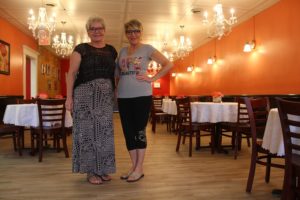