LIVINGSTON COUNTY – The Village of Geneseo is spearheading an over $13,000 study for an engineering firm to recommend a removal system for a known carcinogen, trihalomethanes (THM’s), in their water storage tank, which serves customers in Geneseo, Leicester and York.

Bill Davis with MRB Engineering, the Village’s go-to engineering firm, said that the $13,750 study would recommend the best device to keep drinking water THM’s below the maximum levels required by the state. In a presentation to the Geneseo Village Board, Davis quickly jumped to talking about minimizing potential costs of THM removal systems.

“There are different types and obviously different manufacturers of THM removal systems that can be put into the tank and they have all different arrangements,” said Davis. “Some systems need the whole tank to be taken down and piping down the side of the tank, some systems literally you can drop through the hatch of the tank and have connections from above so we don’t have to take the tank down. We are looking and pursuing options preferably that we do not have to take the tank down.”

MRB said that they will evaluate available systems for size, performance, for maintenance and ease of operation. They estimate that the system itself will cost in the $100,000 to $200,000 range, but Geneseo Village Mayor Richard Hatheway took cautious note that numbers can always change.

“One of the things that always scares me is when an engineer says that something is ‘in this range,'” said Hatheway. “Then we find something and it just balloons.”

The recommendation will essentially be a recommendation to all of these communities, who plan to share the cost, whatever it eventually comes out to be.

“Depending on what the cost is, if it’s taken out of reserves, then other municipalities have contributed to those reserves proportionally,” said Hatheway. “If we have to go to financing, then that will be a different story. If we have to go to financing it would probably be a change to the rate structure. But everybody so far has been amenable to paying their fair share.”

Davis noted that any system that goes in will not be an end-all solution to THM’s in the water. According to the Town of Geneseo’s Drinking Water Quality Reports, THM’s are a by-product of drinking water chlorination needed to kill harmful organisms. THM’s are formed when source water, in this case Conesus Lake water, contains large amounts of organic matter.

THM’s levels tend to increase when they are held in chlorinated environments for extended periods, so naturally the highest levels of THM’s have historically been found at the further reaches of the water system.

THM levels fluctuate widely throughout the system. York’s THM levels were found to be over regulated maximums in the summer of 2016. In 2015, the Town of Geneseo announced that THM levels were at an all-time low at the storage tank.

“This certainly isn’t going to alleviate the entire need for flushing, continuing to maintain the system and making sure the water’s fresh, but it definitely should help,” said Davis. “It’s probably the best thing that the village an do at this point in time, but it doesn’t do without continuing due diligence by all the rest of the townships.” 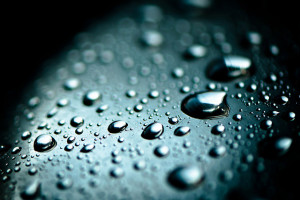