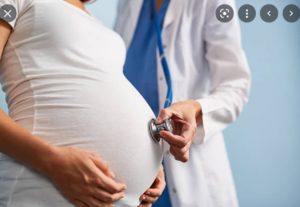 A Rochester gynecologist has been named in a lawsuit charging fraud and malpractice by a Geneseo woman who found that the gynecologist had artificially inseminated her mother, as well as other women, with his own sperm. The lawsuit was filed in Monroe County Court against Dr. Morris Wortman, Genesee Valley Health, and the Center for Menstrual Disorders.

The woman became suspicious when she submitted a request to a commercial DNA site and found she had found at least six half-siblings, all born within five years of each other.  Her parents had been helped with fertility treatments, and the plaintiff was born in 1985. Her parents told her about it when she was 9, saying the donor was a healthy medical student with no significant health risk factors. Later, she too, went to Dr. Wortman, but when she asked for the records for both herself and her mother because she was curious about her biological father, the doctor said he didn’t keep records of donors. But when she went to a commercial genetic counselor, she found she had at least 6 half-siblings, all born between 1981 and 1985.

In the lawsuit, the plaintiff claims Dr. Wortman used his own sperm, knowing he had “genetically significant risk factors.” The lawsuit claims Dr. Wortman has been diagnosed with and treated for mental illness, as have his brother and mother. He also has a Jewish Azkenazi background, which is a high risk for the Braaca gene which causes breast and ovarian cancer. In addition, the plaintiff felt it was improper for Dr. Wortman to continue as her gynecologist when she was his biological daughter.