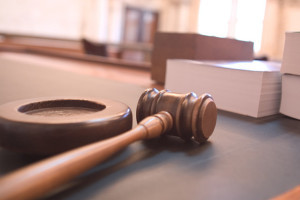 GENESEO – The New York State Inspector General’s Office announced the arrest of a Geneseo woman on multiple felony charges for allegedly collecting thousands of dollars to which she was not entitled.

According to a press release from NYS Inspector General Catherine Leahy Scott, JoAnne Cardona, 47, was arrested for Grand Larceny in the Third Degree, Insurance Fraud in the Third Degree, Perjury in the First Degree, two counts of the Workers’ Compensation crime of Fraudulent Practices, and five counts of Offering a False Instrument for Filing in the First Degree, all of which are felonies.

“This defendant falsified paperwork and misrepresented her work status in order to receive compensation benefits to which she was not entitled,” said Inspector General Leahy Scott. “I will continue dedicating the resources of my position and office to protect the benefits meant to assist honest, hard-working New Yorkers.”

Cardona is alleged to have defrauded the system of $5,888 in insurance benefits. An investigation by the Inspector General found that Cardona had been receiving workers’ compensation benefits since 2003 when she allegedly suffered neck, shoulder and upper back injuries when an elderly resident fell on her during her employment at an Amsterdam, New York home for the elderly. Subsequently, she stopped working and began collecting workers’ compensation benefits.

The investigation alleges that in October, 2013, she began working at the Center for Disability Rights, Inc. in Rochester, and in subsequent months repeatedly submitted documentation to the State Insurance Fund asserting she was not working in any capacity. She also allegedly falsely testified at a State Workers’ Compensation Board hearing in September of 2014 that she had not worked in any capacity before June 2014.

Between October 2013 and June 2014, Cardona received $5,888 in workers’ compensation benefits, about $185 per week, to which she was allegedly not entitled. Under State law, employers are required to maintain Workers’ Compensation coverage for their employees, and employees are expected to provide truthful information regarding their work activity to insurance carriers and the Workers’ Compensation Board during the time they are receiving benefits.

Cardona was arraigned in Albany City Court and was released pending reappearance at a later date.