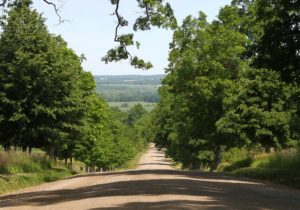 Nations Road in the Town of Geneseo. (Photo/Conrad Baker)

GENESEO – The Town of Geneseo is considering a zoning update that would create a ‘transition zone’ between the Village and Town, where structures could be built more densely than in the Town but not as densely as in the Village.

The Town of Geneseo announced that they will be holding a Community Open House to discuss the zoning update on June 30 at the Livingston County Government Center at 6 Court Street in Rooms 205 and 208 from 5 p.m. to 8 p.m.

“The idea is to create a transition zone from the village boundary to the town,” said Geneseo Town Supervisor William Wadsworth. “It would be zoned to be a little denser, not as dense as the village but a little more dense and controlled than the town. The idea is to incorporate the village character and the town character and mesh the boundary. A bunch of us have been meeting and talking about this for two years, and now we’re going to roll it out and see what people think about it.”

The code update was formulated by the Town’s Zoning Code Update Steering Committee with the assistance of Steinmetz Planning Group.

“It seems very restrictive for town zoning, it’s almost similar to village zoning, which in my mind is a completely different animal,” said Griffo. “People move to the town for the open space and the ability to use that space.”

Wadsworth added that the open house is intended to gather public opinion on the idea and that nothing is set in stone.

“There is no pressure on this, I want to make sure that everyone has had a chance to say what they have to say,” said Wadsworth. “Public comment is probably the most critical part of this process. If the plan stinks, we don’t want to forward it as a final plan.”

The Town is announcing that at the start of the Open House, a brief overview of the Zoning Update process will be presented. Following this short introduction attendees will be free to walk through individual project stations as the intent is to provide the general public with the opportunity to speak one-on-one with members of the Steering Committee and consultant team.

Attendees are free to enter and exit the open house at any time during the event. Opportunities will be provided for attendees to review the Draft Zoning Code and share their own thoughts and comments.

“The purpose of our Zoning Code is to minimize conflicts with the use of land within our Town and provide an overall framework for the location, type, and character of future land use and development in our community,” says the announcement by the Town of Geneseo. “This is your opportunity to review the Draft Zoning Code and voice your opinions and suggestions about its content. Your input will help to ensure that the proposed Zoning Code Update accurately reflects the current vision of the Town of Geneseo community.”

Additional reporting by Jeremy A. Jackson. 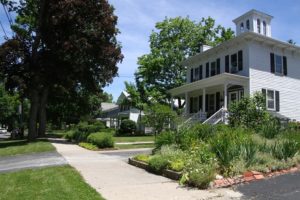 Second Street in the Village of Geneseo. (Photo/Conrad Baker)