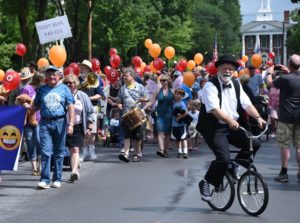 The morning rain held off and the parade went from St. Michael’s Episcopal Church to the bear fountain, where Geneseo Mayor Dick Hatheway, Geneseo Town Supervisor William Wadsworth and Association for the Preservation of Geneseo member Kurt Cylke welcomed the restored fountain.

“I’m just here on behalf of the family to thank you to all participating in putting this back together,” said Wadsworth. “The amount of people that were involved, the amount of effort it took, the dedication from the community to put it back in the center of Main Street, it means a lot to us and I know it means a lot to everybody.”

The parade continued around the fountain to the Village Park. 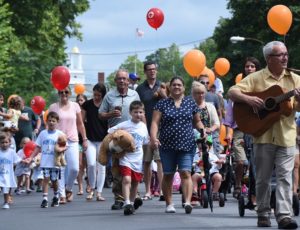 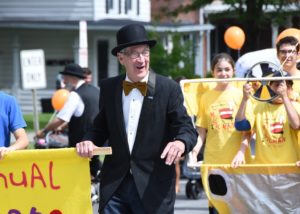 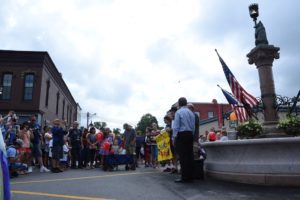 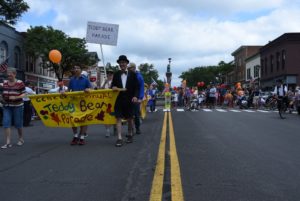 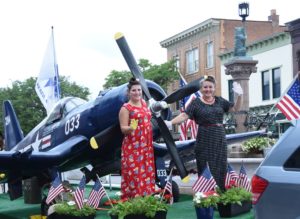 The National Warplane Museum’s float. Their airshow is next weekend, July 15 and 16. (Photo/Conrad Baker) 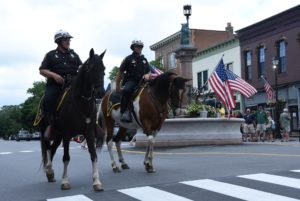 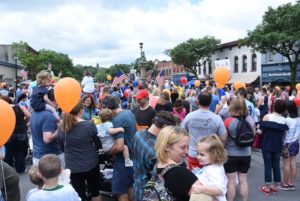