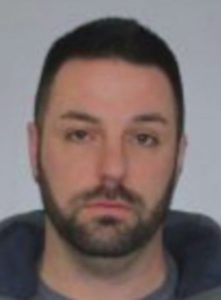 U.S. Attorney James P. Kennedy, Jr. announced today that Austin Pratt, 32, of Conesus, NY, who was convicted of enticement of a minor, was sentenced to serve 180 months in prison by U.S. District Judge Elizabeth A. Wolford.

Assistant U.S. Attorney Melissa M. Marangola, who handled the case, stated that between November 2018 and February 2019, the defendant, while working as a school athletic trainer, engaged in an ongoing relationship with a minor. Pratt used Instagram and Facebook to communicate with the minor, encouraging the victim to engage in a sexual relationship and to exchange sexually explicit photos with him.

At the time of his arrest, a spokesperson for UR Medicine Thompson Health said Pratt had worked with the organization as an athletic trainer since 2015, primarily serving in the F.F. Thompson Rehabilitation Services Center. He was fired upon his arrest.

Pratt was also contracted out as an athletic trainer for the Geneseo Central School District. Troopers say the victim attended the high school.

Prosecutors say the text messages from Pratt included the following: “This is crazy to me for only knowing you for a few weeks and I’m not sure how to navigate these feelings as obviously I’m married and our age difference which plays a huge role in all of this. I love talking to you and being around you and all I want is to be with you. I hate the fact that I am 16 years older than you and that we have to hide and be sneaky.”