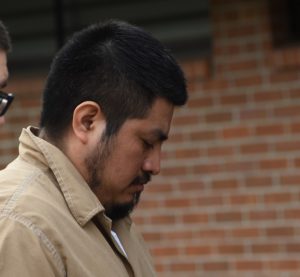 GENESEO – The wife of Fernando Alvarado-Perez says that the moment she found out he raped her young daughter, ‘every ounce of love for him was gone.’

Alvarado-Perez, 37, stood at the defense table with his attorney, Brad Janson, to be sentenced to 20 years in prison and 20 years of post-release supervision for felony Rape in the First Degree. The mother of the victim held back tears as she read a statement in court.

“For 10 years I have loved a man unconditionally and had no idea the monster I was living with. You are a monster, not a man,” said the mother of the victim, whose name we are withholding to protect the identity of the victim. “I dealt with a lot from you. The cheating, the mental, emotional and physical abuse, but the moment my 13-year-old daughter came to me to tell me that you had been raping her for two years, every ounce of my love was gone for you, never to return.”

“I hope he signs divorce papers,” added the mother later. “He said he wants to reconcile and I wish that he would just stop with the game.”

“Crimes like these are shocking to society,” said Hill. “In my opinion, the worst crime you can commit is to rape a young child. What makes this even worse is the young girl looked at the defendant as a father figure. She hoped the defendant would do all the things a father is supposed to do. To nurture, to care for and provide for her throughout her childhood. And what did the defendant do? He took advantage of this trust and forced the victim into numerous sexual acts over a two-year period. There is no greater betrayal than this.”

Alvarado-Perez was represented by former Assistant Public Defender John D’Arpino at the time of his plea. Janson and Alvarado-Perez both declined to make any further comment to the court before sentencing.

Judge Dennis Cohen sentenced Alvarado-Perez and signed an eight-year order of protection for the victim, which will begin upon his release. He will have to register as a sex offender in New York State. Because Alvarado-Perez is an undocumented immigrant from Mexico, he will very likely be deported after his sentence.

“The PSI [pre-sentence investigation and report] I had was absolutely chilling on this,” said Cohen. “The longer you can be away from society or away from this country, the better off everyone is going to be.” 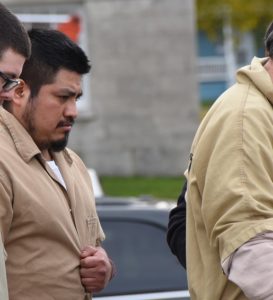 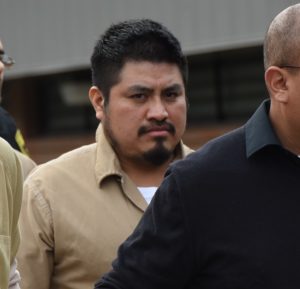