GENESEO – The Geneseo Police Department arrested a Grand Island resident for allegedly carrying a large amount of controlled substances in a vehicle.

Police allege that another driver called 911 to report erratic driving on a vehicle driving south on Rte. 63, when then turned east on Court Street and continued east on North Street. When Geneseo Police Officer Benjamin Swanson stopped the vehicle and identified the driver as Piershalski, the officer thought that Piershalski showed signs of intoxication. After roadside field sobriety tests, Piershalski refused evaluation by a Drug Recognition Expert and Geneseo Police took him into custody.

Upon searching the vehicle, Geneseo Police found what are believed to be over 25 grams of MDMA (ecstasy), approximately 127 pills of Alprazolam, a bag of concentrated cannabis, and a bag of marijuana.

Geneseo Town Justice Kathleen Houston arraigned Piershalski and ordered him held at the Livingston County Jail on $3,000 cash or $6,000 bond. 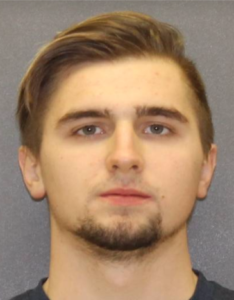