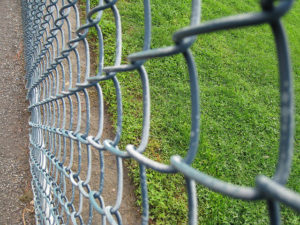 GENESEO – The Geneseo Police Department arrested a man on a misdemeanor charge after his dog bit and injured a 2-year-old on Meadow Drive.

According to a press release from Geneseo Police Chief Eric Osganian, Justin Jackson, 28, was arrested for Dangerous Dog and Failure to License/Register his dog with the Town of Geneseo. Both are sections of the Agriculture and Markets Law.

“This is the second documented case of a bite that we found with this dog,” said Osganian. “We want a judge to make a determination on what to do with it, which among other options could include treatment or termination.”

In 2014, the Mount Morris Police Department took a complaint of an 11-year-old child bitten by the same dog.

On Dec. 25, 2016, officers responded to an apartment on Meadow Drive in the Highlands Apartment complex for the report of a 2-year-old bitten by a dog. The child was treated at an area hospital.

Livingston County Dog Control investigated and allowed the owner to maintain custody of the dog but quarantine it. The dog is up to date on rabies shots.

Jackson is scheduled to appear in Geneseo Village Court at a later date.