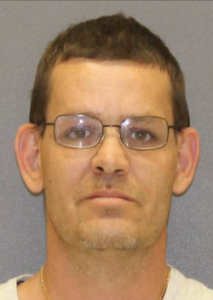 GENESEO – The Geneseo Police Department is looking for information on a local man who allegedly violated an order of protection.

According to a press release from Geneseo Police Chief Eric Osganian, Louis Coleman, 43, is wanted for misdemeanor Criminal Contempt in the Second Degree.

On June 9, police arrested Coleman for misdemeanor Criminal Mischief in the Fourth Degree and misdemeanor Endangering the Welfare of a Child that he allegedly committed the day before on Meadow Drive. A Justice issued an order of protection in favor of the alleged victim.

Coleman is now alleged to have contacted that person and may still be in the area.

Anyone who believes that they have information on Coleman’s whereabouts is encouraged to contact the Geneseo Police Department at (585)243-2420.