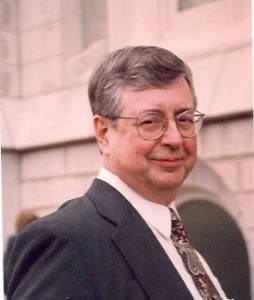 Bob attended Hamilton College in Clinton, NY where he received his bachelor’s degree and later attended and graduated from Syracuse University with his master’s degree. He married Beth (Bauer) Horan on June 19, 1965 and they were married for 55 years. He had a great sense of humor and will be remembered for his love of teaching, reading, and bringing laughter and joy to his family and friends. He has helped and encouraged so many people over the years. He leaves behind a legacy of memories and an example of service that have touched so many lives.

A Memorial Service to Celebrate Bob’s Life will be held in the future. In lieu of flowers, memorial contributions may be made to the Geneseo-Groveland Food Pantry, 31 Center Street, Geneseo, NY 14454. To send a condolence or share a memory please visit: www.doughertyfuneralhomes.com

I attended Honeoye Central School when Mr. Horan taught there. The kids were a little wild his first year but he reined them in by his next year. He was a fine man and I remember him fondly. I remember a dance that he chaperoned and we all made a circle around him and sang “Bob Bob Bob Bob Bob Horan” to the rhythm of “Ba Ba Ba Ba Barbara Ann” by the beach boys. I still think of him today when I hear that song. Deepest sympathies to Mrs. Horan and family.