GENESEO — The revision of the Village’s sewer rents law that passed on Oct. 2 will not come into effect until February 2018.

Notices have been sent out with the most recent water bill to warn people of the upcoming change.

“We found discrepancies that could cause problems,” said Mayor Richard Hatheway. “With that background in mind, we are going to hold off and keep it the same as it was.”

Under the existing Sewer Rents policy, any private single-family residence where sewer facilities are available pays $240 quarterly. Commercial, business or industrial properties pay an annual sewer rent as set by the Village Board and an additional charge for each 12,000 gallons of water consumed in each separate unit of occupancy.

The revision treats primary residents and commercial users the same way. Businesses, industrial users, residences and commercial properties would be charged an annual sewer rent of $240, payable quarterly, for each separate unit of occupancy for each 2,000 cubic feet (15,000 gallons of water) during the quarter.

Hatheway said that landlord Rocco Dragani took the Village to court because residences and businesses were being charged for sewer rents differently. The case was a civil matter that was handled in Livingston County Court by Judge Dennis Cohen. 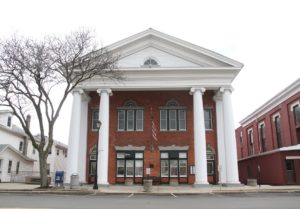