GENESEO – The Geneseo Village Board is answering frequently asked questions about the proposed update to the Games of Chance law that will be on the spring ballot this month.

According to a press release from the Village of Geneseo, the update is intended to trim up parts of the law that would technically outlaw 50–50 raffles.

“While ‘Games of Chance’ might leave the impression the Village is entertaining the idea of allowing casinos in Geneseo, that’s far from the case,” said Geneseo Mayor Richard Hatheway. “It is simply an effort to locally legitimize a common practice already legal in NY State, a 50–50 raffle that many service organizations and booster groups rely on to continue contributing to the community. For  reasons unknown, the Village has never considered adopting the appropriate legislation that allows authorized groups to conduct a raffle. The Town of Geneseo took care of the same oversight in their 2016  general election. The Village Board did its part in February with a unanimous vote—in order to complete the process the electorate also has to agree. We urge voters to remember to flip to the back side of the paper ballot and cast their vote (yes or no) on the one sentence proposition.”

The Village included the following frequently asked questions about Games of Chance:

In simple terms, what is the phrase Games of Chance all about?

Pretty much every living soul over the age of 18 has entered a 50-50 raffle at some time; in New York State
terms, a 50-50 raffle is one type of a Game of Chance.

It was determined a couple of years ago, quite by accident, that the Village had never adopted the appropriate
legislation to allow a raffle to be held in Geneseo. In order to correct that oversight, the Village has introduced
Local Law number 1, Games of Chance.

Why is it on the ballot?

According to New York Municipal Law, Games of Chance legislation needs to not only be adopted by the
Village Board, but also approved by the electorate. The most expedient way to do that is to put it on the ballot
for a general election, rather than holding a special election for that sole purpose. This legislation is one of the
few instances that requires electorate approval.

How will it work?

Once the Local Law is approved by Village voters, the State will issue a license to the Village. An authorized
organization will file an application annually in the Village office. A fee of $25 to cover administrative costs
will be assessed. Assuming the organization is an authorized one, the Village will then issue a permit to conduct
a raffle within Village limits.

All authorized or volunteer organizations which currently conduct a 50-50 raffle will benefit. Kiwanis, Rotary,
APOG, Teresa House, Fire Department are some local organizations that routinely hold raffles. As long as the
proceeds are returned to the sponsoring organization, that falls within the law.

Which agency oversees Games of Chance?

In New York State, the regulatory agency is the New York State Gaming Commission Division of Charitable
Giving. Requirements are spelled out in Article 9-A of the General Municipal Law of the State of New York
(GML) and GML Section 187.

Does this law also apply to the Town of Geneseo?

The short answer is no. The electorate in the Town approved similar legislation in November, 2016. Because
the Village is a separate jurisdiction, Village and Town laws have to be adopted by each specific municipality. 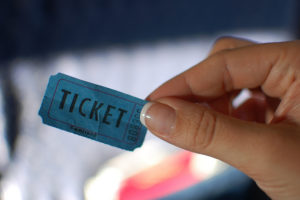