GENESEO – The Geneseo Police Department alleges that a Geneseo resident rode a moped drunk on Main Street and nearly hit a pedestrian.

“An officer witnessed a rider on a moped nearly strike a pedestrian by the bear fountain,” said Osganian. “The moped had no plates. The officers pulled the moped over on South Street.”

The officer identified the rider as Lowry, who has a prior DWI conviction within the past 10 years. That conviction makes this arrest a felony. The DWI conviction also required that Lowry install an ignition interlock device on any vehicle that he owns or regularly operates, a term that police say he violated in this case.

Officers arrested him on several charges, including the above felonies and misdemeanor Driving with More Than .08% Blood Alcohol Concentration, and several violations and infractions, including Operating Out of Ignition Interlock Restrictions, Failure to Yield to a Pedestrian, Unlicensed Operation, Operating a Motor Vehicle Without Insurance, Unregistered Motor Vehicle, and Uninspected Motor Vehicle on South Street.

Leicester Justice Richard White arraigned Lowry and ordered him held at the Livingston County Jail on $1,500 cash or $3,000 bond. 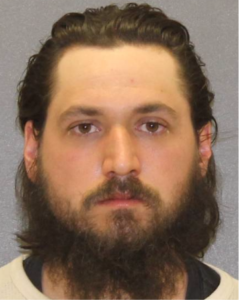