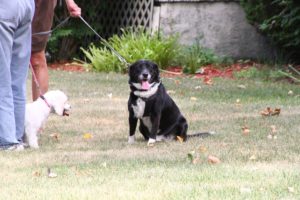 GENESEO – Two four-footed Geneseo residents have the village police and fire department to thank for freeing them from their burning home and saving it from destruction.

Geneseo Police Officer Benjamin Swanson and his partner Officer Dylan DiPasquale arrived first at the scene of a reported structure fire on Rorbach Lane Thursday afternoon. They saw a dog hunkered down away from the smoke and immediately took action.

“He was a smart little guy, staying on the complete opposite end of the house, staying low,” said Swanson. “I didn’t do much, I just kicked in the door and Officer DiPasquale called to him, and he knew just what to do. He took off. Neighbors did a great job locating him and getting him secure. But I think all the kudos go to GFD, the Geneseo Fire Department.”

Geneseo Fire and Ambulance arrived at the scene minutes after Swanson and DiPasquale. They immediately unloaded water on the burning window frame, likely saving the house.

“It was an easy, quick knock down,” said Geneseo Fire and Ambulance Chief Andrew Chanler. “There was minor water damage to the house and smoke damage throughout. The cause of the fire is still under investigation, but it was contained to the window frame.”

Firefighters and police thoroughly searched the house for any residents. It turned out that the homeowners were on vacation in Maine, but police did find a cat hiding unharmed behind a toilet in an upstairs bathroom. 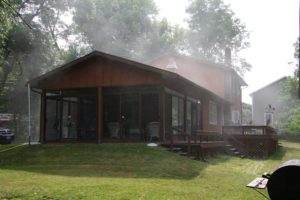 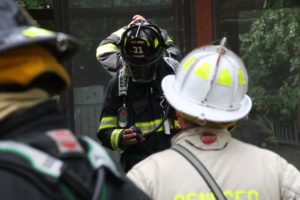 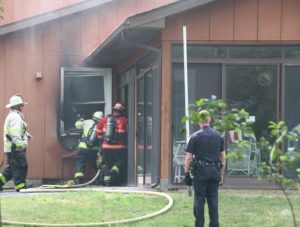 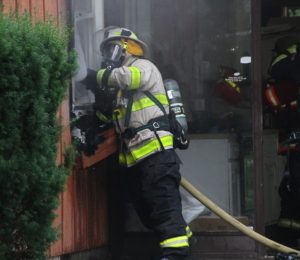