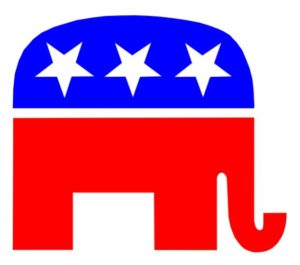 The Geneseo College Republicans has endorsed Chris Jacobs (R-Buffalo) for the New York 27th Congressional district special election, as well as, the Republican Primary and General election for this 2020 cycle.  The vote to endorse Mr. Jacobs was unanimous.

As another election year becomes competitive more than ever before, the Geneseo College Republicans want to emphasize again that the Democratic Party cannot completely monopolize the youth vote in the 27th district. The club is determined to ensure a Republican victory across the board, down to the last vote.

The College Republicans understand that the policies promoted by Mr. Jacobs, such as infrastructure to ensure clean drinking water, increased broadband access, and rolling back punitive taxes and regulations offer the people of NY-27 the best path forward. Mr. Jacobs is a highly-qualified candidate with nearly a decade in both local and state politics. The club looks forward to supporting Mr. Jacobs in the June special election and beyond.

“I’m grateful for the endorsement of the Geneseo College Republicans. Building a new Republican Majority in the House and strengthening the Republican Party is a top priority, and it’s very encouraging to see so many young individuals energized and engaged in our country’s future,” Jacobs said. “I look forward to using my Congressional office to create new opportunities for our young men and women and advocating for conservative policies which enhance the economy for the next generation of job seekers and entrepreneurs graduating from our colleges and universities.”

The Geneseo College Republicans meet weekly, Mondays at 8:00 PM at the Fireside Lounge in the College Union. For more information, visit the organization’s Facebook or Twitter page.