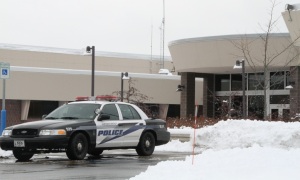 GENESEO – Geneseo Central School is opening the door for a School Resource Officer (SRO) position to better protect, support an educate their students and staff.

The SRO would be a Geneseo Police Officer who would be at the school during normal school hours to respond to threats and emergencies but also teach in classrooms and serve as a support resource for students and staff.

“I’m a real believer and supporter of the SRO program for several reasons,” said Tim Hayes, Superintendent of Geneseo Central Schools, “The first is for the safety of our students and staff. You don’t have to look much further than the news of the past week to see that bad things happen and sometimes people pick targets that are vulnerable, which unfortunately means our schools. Second, a resource officer serves as support for students and staff. Sometimes the police are seen as a force that enforces laws upon us, but they’re really there for our protection. It’s good that our students know that.”

Hayes said that the officer would also teach in classrooms about safety, and teach older students about drug and alcohol laws.

“We can use the SRO in the classroom to teach about safety, be that bicycles or driving,” said Hayes. “For our middle schoolers and high schoolers, we can also use them to teach about the law as it pertains to drugs and alcohol.”

The SRO position will be included in the school budget, which will go to a community vote in May. Geneseo is the only school district in Livingston County without an SRO.

“SRO’s are good not only for public safety but for the law enforcement-community relationship as well,” said Osganian. “It minimizes the police response time to an emergency at the school, and also gives students positive, routine interactions with a uniformed police officer in their daily lives.”