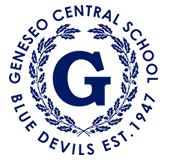 A fresh take on a cherished holiday favorite takes the GCS stage this winter! It’s a Wonderful Life The Radio Play is the upcoming production of the award-winning Geneseo Central Drama Club. Based on Frank Capra’s holiday classic movie, and recreated for the stage by Philip Grecian, It’s a Wonderful Life The Radio Play will be presented December 18th, 19th, and 20th via live stream. Tickets are $10 for individuals and $25 for families or groups. They are available for purchase by visiting the Geneseo Central School website or the GCS Drama Club Facebook page. Due to Covid considerations regarding group gatherings, the production will be streamed via Youtube and ticket holders will be provided a link for viewing.

The Geneseo Central stage will be transformed into a live recording studio during the golden age of radio complete with live Foley sound effects and old-time jingles. After a lifetime of putting off his own plans to help others achieve their dreams, George Bailey becomes rooted in Bedford Falls. One Christmas evening, frustrated and on the brink of ruin, he contemplates the unthinkable. It’s up to a good-natured angel named Clarence to show George how his small life has made a big impact and how wonderful life truly is!

GCS senior Jacob French leads the cast as everyman George Bailey who must learn that “no man is a failure who has friends” (and a little divine intervention) when he must face off against local robber baron, Henry F. Potter, portrayed by Willem Schiener.  By George’s side, Mary Chanler plays the lovely Mary Hatch Bailey. While Bradley Adams plays the kindly guardian angel Clarence on a mission to earn his wings. Rounding out the cast are Will Chanler, Rafael Rutigliano, Caroline Capel, Ellie Schiener, Amabella Sykes, Mallory Rice, Poppy Thomas, Addy Capel, Gabby Telesca, Joseph DeBell, Ayla Ray, and Regina Cucchiara playing as many as six roles each.

Directing the GCS Drama Club production is Bettina DeBell. It is produced by Chuck Nesbitt, costumes are by Karen Meleski, and set construction is supervised by Roger Collins. Working behind the scenes are stage managers Regina Cucchiara and Sam Chanler. Sound design is by Sydney Matthews assisted by Jessie Kelly. Zoe Neiderbach and Anna Levy will man the lighting console.  On stage Foley sound effects and jingle singing will be provided by Regina Cucchiara, Ayla Ray, Amabella Sykes, and Poppy Thomas. On the props crew are April Ford, Daphne Damhosl, and Madeline Geiser-Getz.