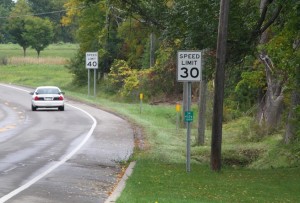 GENESEO – The Village of Geneseo is asking the New York State Department of Transportation (DOT) to assist in another effort to decrease the speed limit near Geneseo Central School.

Mayor Richard Hatheway announced at the Village Board of Trustees meeting Monday night that a letter will be sent to the NYS DOT, asking to have the speed limit on Avon Geneseo Road in front of the Geneseo Central School lowered from 40 mph to 30 mph.

“We’ve gone through that battle for years,” said Mayor Richard Hatheway “I think the last time we had requested it was 2012.”

The letter comes after Tim Hayes, Superintendent of the Geneseo Central School District, got together with officials including Livingston County Sheriff Thomas Dougherty, Geneseo Fire Chief Andrew Chanler, and Geneseo Town Supervisor Will Wadsworth to discuss the possibility of writing to the DOT asking to have the speed limit lowered.

“So the ball is rolling again,” said Mayor Hatheway. “It’s 40 miles an hour out there and doesn’t need to be.” 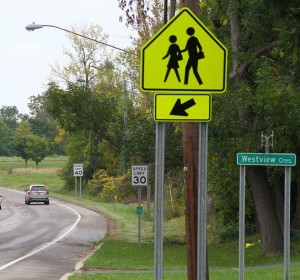