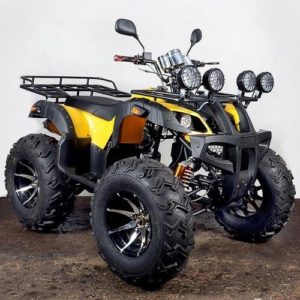 A Genesee County man, 43-year-old John Butler of Oakfield was pronounced dead at the scene of an ATV accident in Oakfield which occurred shortly after 10 p.m. on Saturday, April 9.

His 55-year-old passenger was Mercy-flighted to Erie County Medical Center and has non-life-threatening injuries. He was not identified by troopers as of Sunday, April 11, 2021.  Neither Butler nor his passenger were wearing helmets.

The accident occurred at night, when Butler was northbound on Bliss Rd. Butler crossed Lockport Rd. and struck a rock embankment after he went through the intersection, causing the ATV to overturn several times.  Both Butler and his passenger were thrown from the vehicle.