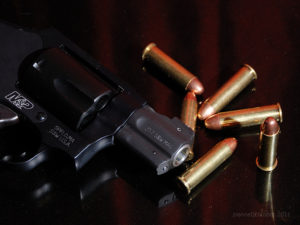 Maurice Rice, of Buffalo, who was convicted of racketeering conspiracy and conspiracy to distribute 400 grams or more of fentanyl, was sentenced to19 years in prison.

The defendant was a members of the CBL/BFL Gang, which stands for, among other things, “Cash Been Long” and “Brothers for Life.” The gang, which was involved in the illegal possession and distribution of narcotics, was formed around 2009 and operated primarily in the City of Buffalo at the Towne Gardens Housing Complex. The gang used violence, including murder and attempted murder, threats, and intimidation to defend their territory against rivals and anyone deemed to be a threat to the gang. Defendant Rice participated in the following acts:

In 2013 and 2014, Rice and others recorded several music videos in and around the Towne Gardens during which they displayed firearms and United States currency and exhibited their association with the enterprise.

On July 29, 2016, Rice was stopped by Buffalo Police while driving a vehicle at Peckham and Watson Streets. While being questioned by officers, the defendant drove away at a high rate of speed with officers in pursuit. Rice crashed his vehicle, got out, and threw away a .40 caliber semi-automatic pistol.

Between 2015 and 2018, the defendant sold crack cocaine and heroin on multiple occasions. On February 1, 2017, investigators executed a search warrant at a building in Buffalo associated with the defendant. They recovered firearms, metal spoons, digital scales, grinders, and kilogram presses inside the apartment. They also recovered various bags containing mixtures of fentanyl, heroin, butyryl fentanyl, furanyl fentanyl, and U-47700.

On February 19, 2018, Rice sold suspected heroin to an individual identified as M.S. who was found unresponsive a day later on February 20, 2018 in her Lackawanna residence. Lackawanna Police responded and found M.S. deceased from an apparent drug overdose. Officers found drug related text messages between M.S. and a number associated with Rice on her cell phone. An autopsy determined that M.S.’s cause of death was butyryl fentanyl intoxication.  On February 25, 2018, Lackawanna officers conducted a controlled purchase of crack cocaine and butyryl fentanyl from the defendant.  As officers attempted to arrest Rice, he fled and eventually crashed his vehicle into a tree in Hamburg, NY. As he fled, the defendant threw a bag of crack cocaine and a bag of butyryl fentanyl on the street. He also broke a phone in half and threw half into the street.

A total of 13 defendants were charged and convicted in this case. Rice is the seventh defendant to be convicted.