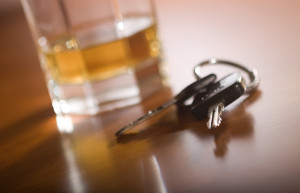 Senator Patrick M. Gallivan (R-C-I, Elma) has re-introduced legislation to make it illegal to leave the scene of an accident while intoxicated.  The bill has been passed multiple times by the Senate, but has stalled in the Assembly.  The legislation (S.1693/A.7351) is named for Alix Rice, a Western New York teenager who was killed in 2011 when an intoxicated driver struck her as she rode her long board in the Town of Amherst.  The driver claimed he was not aware he hit Rice and was acquitted on the felony charge of leaving the scene of an accident.  The defendant was convicted on a lesser charge of operating a vehicle while under the influence of alcohol.

“It’s been ten years since Alix Rice died and the fight to pass this important legislation continues,” Senator Gallivan said.  “This bill will revise and correct the state’s vehicle and traffic law to help ensure that drunk drivers involved in an accident are held accountable for their actions.  I am hopeful that the full Legislature will approve this bi-partisan effort once and for all.  I thank Assembly Member McMahon for agreeing to sponsor the bill in the Assembly.”

“The tragic death of Alix Rice was an unimaginable loss for her family, and exposed a glaring shortcoming in the law. While we cannot heal the pain of losing a loved one, this legislation will ensure that families of drunk driving victims have a measure of justice,” said Assemblymember McMahon. “I’m honored to sponsor Alix’s Law in the Assembly and I thank Senator Gallivan for sponsoring this bi-partisan legislation in the Senate.”

“I am thrilled that Senator Gallivan and Assemblymember McMahon are working together to sponsor Alix’s Law, named for my daughter,” said Tammy Schueler, Alix’s mom.  “She never got the justice she deserved after her tragic death. It is so hard to believe that someone could selfishly drive away after striking another human being with a vehicle, yet it happens more often than you think. This simple law will close the existing loophole and ensure that people are held accountable for leaving the scene of a crash.”

The current law only requires drivers to report an accident when they know or have reason to know the accident resulted in an injury or property damage, allowing drunk drivers to flee the scene of an accident they caused and later claim they did not know any injury or damage occurred.

The legislation modifies the current statute so that drivers illegally operating their vehicle under the influence of drugs or alcohol are held responsible when they leave the scene of an accident. It also presumes that an intoxicated driver knew, or has reason to know, that damage or injury has occurred and should have stopped to investigate.