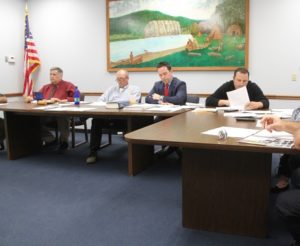 MOUNT MORRIS – The Village’s creek remediation grant from the NYS Department of Environmental Conservation (DEC) has a murky future.

According to newly elected Mount Morris Mayor Frank Provo, the previous Village Board accepted a matching grant whereby the DEC would provide $300,000 and the Village could provide $100,000 for streambank remediation and flood prevention on Allen’s Creek, marked on Google Maps at ‘Allen’s Brook.’ However, Village officials said at Monday night’s Village Board meeting that it’s unclear if that project is going to be possible.

“My budget’s been cut,” said Chris Young, Superintendent of the Village’s Department of Public Works. “That’s a three-year project that should have been started awhile ago. And for me to spend the whole summer there, I don’t see it. And I don’t have confidence between vacation schedules and the other workload that I have because people have to remember, we’re a maintenance crew, not a construction crew. We can’t just go spend the whole summer in this creek.”

A resident of Stanley Street, under which the creek runs, insisted that word on the street was that the project is falling through.

“You’re 100 percent right. It was all going on as we were going through the election process,” said Provo. “We have moved it forward a little bit, it hasn’t moved far. At this point right now, Lisa [Torcello, Village Clerk] has gotten the information back for all of the easements that we would need to get signed. I do need to still need to work with Chris just to understand his schedule and what we need to do there, and I think we need to have another meeting just for the fact that what I’ve heard is people thought they were going to get all kinds of improvements. […] As of right now it has not moved forward other than I know that we have had a public hearing and we are right now working on getting the paperwork for the temporary easements.”

The Village Board and the public agree that the creek needs work.

“I live across the street from one leg of the creek, and it’s a torrent when it rains,” said Provo. “In my opinion, money should be spent upstream to divert the water.”

The future of the project is muddy at best. Provo ultimately declined to answer when asked directly by a member of the public whether the grant project will be completed.

“So, is it happening? Yes or no? No, right?” said Trustee Peter Bishop. 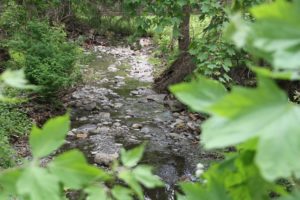 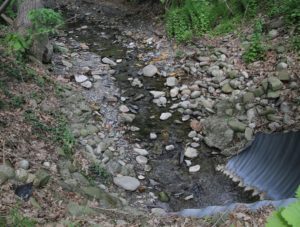 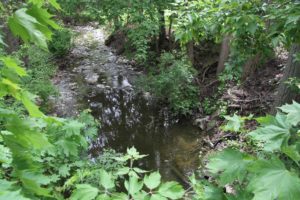