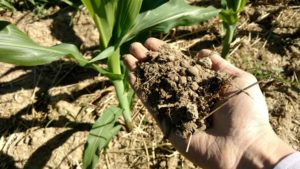 LIVINGSTON COUNTY – National weather forecasts predict that about one-fifth of an inch of rain will fall on Livingston County during Friday’s much anticipated thunderstorms.

According to the National Weather Service, it will most likely rain after 3 p.m. on Friday. This rain, though not much, could curb hot, dry conditions that can pose a risk of fire during July 3 and 4 fireworks displays.

Friday night, there is a 50 percent chance of showers and thunderstorms before midnight.

In both showers, new rainfall of less than one tenth of an inch are expected, with higher amounts possible in thunderstorms.