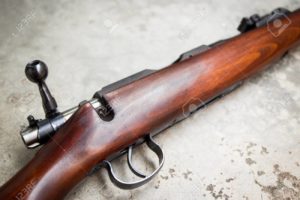 Michael T. Blajszczak, 54, of Clarence, NY, who was convicted of possession of a firearm by a person subject to a domestic violence order of protection, was sentenced to serve 12 months in prison by U.S. District Judge Richard J. Arcara.

On April 27, 2019, a six-month domestic violence order of protection was issued in Cheektowaga, NY, Town Court against the defendant, who was an Erie County Sheriff’s Deputy at the time. As a result of that order, the defendant was prohibited from possessing any firearm during the time period for which it was in effect. On May 2, 2019, the defendant knowingly possessed a .22 caliber rifle and 11 rounds of ammunition.

“A just society depends on the shared understanding that all of its members—no matter what they do, the color of their skin, or the uniform that they wear—will be held personally accountable for their actions,” noted U.S. Attorney Kennedy. “Ensuring that all in our District share that understanding—and the responsibility it brings—is a lesson that the tremendous men and women of my Office, through their work, strive to deliver each and every day.”