DANSVILLE – A teacher who worked in Dansville and school districts in the Southern Tier is facing charges following a sexual abuse investigation.

According to our news partners News10 NBC, Thomas Wight, 26, of Cuba, NY, was arrested for misdemeanor Forcible Touching and misdemeanor Endangering the Welfare of a Child.

State Police say that they were contacted regarding possible sexual abuse case on June 10.

A State Police investigation alleges that Wight used Snapchat to contact a 16-year-old and forcibly touched the 16-year-old off school property while teaching at Arkport Central School.

A Friendship Town Justice arraigned Wight and ordered him held at the Allegany County Jail on $15,000 cash or $30,000 bond.

Police say Wight also taught at Cuba-Rushford and Fillmore Central Schools in the past, and they believe there may be more victims. Anyone with information is asked to call State Police at (585)344-6200. 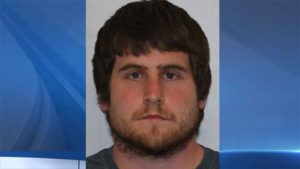