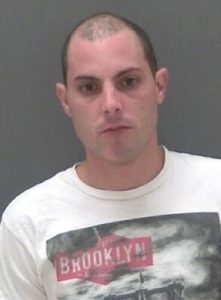 LIVINGSTON COUNTY – After being released from Monroe County and fleeing to the Longhorn State, a Cuban national is back behind bars and likely headed to prison for possessing cloned credit cards in Livonia.

Frank Toledo, 31, pled guilty to felony Attempted Possession of a Forged Instrument in the Second Degree with the understanding that he will likely serve 1 to 3 years in prison and be deported.

“I would expect with a new president coming in, there’s a good chance they’ll deport him to his native country, which, I understand, is Cuba,” said Judge Dennis Cohen to Toledo’s attorney, Lindsay Pratt-Quintilone. “They may even hold him in some sort of deportation detention facility, for I don’t know how long.”

Besides serving the prison sentence, Toledo would be required to pay $411.43 in restitution with his co-defendant, Juan Pablo Cosio Aguila, 27, who pled guilty in May 2016 and is currently in prison.

He apparently fled the area, was arrested in Texas and arraigned in Livingston County Court on Nov. 17, 2016.

“Mr. Toledo was arrested in Texas on a fugitive warrant,” said Livingston County Assistant District Attorney Victor Rowcliffe, who prosecuted the case. “Both Livingston and Monroe County courts issued warrants for his arrest after he failed to appear in August of last year.”