LIMA – The Livingston County Sheriff’s Office arrested a Rochester man for allegedly having 47 license suspensions when he flattened a stop sign and drove off.

According to a press release from Livingston County Sheriff Thomas Dougherty, Eugene Smith, 68, was arrested for felony Aggravated Unlicensed Operation of a Motor Vehicle in the First Degree, Leaving the Scene of a Property Damage Accident, which is a traffic infraction, and Failure to Stop at a Stop sign, which is a traffic violation.

On Oct. 5, deputies responded to the intersection of Dalton Road and Heath Markham Road to investigate an incident where a dump truck ran over a stop sign and then left the scene without reporting it.

Deputy Cartwright arrived on scene and was able to get a good description of the dump truck, as well as recover evidence from the scene. The Deputy Sheriff then went to a gravel pit on Honeoye Falls 6 Road where he located the dump truck in question. The operator of the dump truck was identified as Smith.

It was further discovered that Smith was operating the truck with a license that had been suspended 47 times, with 44 scoffs on 22 different dates.

Smith was turned over to Central Booking Deputies at the Livingston County Jail for processing and pre-arraignment detention. 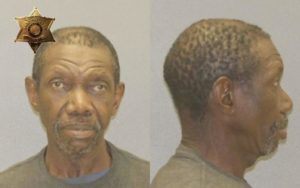