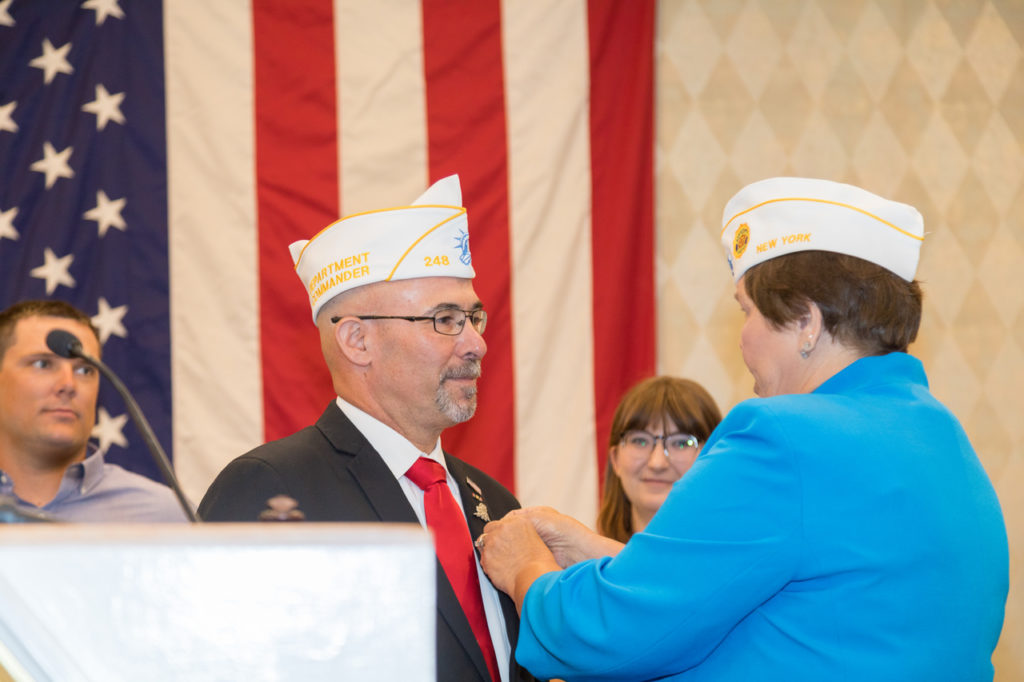 ROCHESTER — Gary Schacher was sworn in as the 100th Commander of the American Legion Department of New York.

Schacher is a 26 year US Navy veteran. He served in Fallujah from 2004 to 2005 and has dedicated his post-military career to supporting veterans across NYS.

“It is an incredible honor to have the opportunity to lead this incredible organization as we pursue another 100 years of making a meaningful impact in the lives of veterans and their families,” Commander Schacher said. “I joined the American Legion more than 25 years ago because of its commitment to servicemembers of all ages and backgrounds and I am proud to say our commitment to all veterans is unwavering and stronger than ever before.”

During his military career, Commander Schacher received numerous personal awards, including four Navy Commendation Medals, three Navy Achievement Medals, the Navy Expert Pistol Medal, the Navy Expert Rifle Medal and several campaigns, service and unit awards. He is a recipient of the New York Conspicuous Service Star and the New York Medal for Merit. In 2017, he was inducted into the New York State Senate Veterans Hall of Fame.

As the Department’s former Membership Chairman, Schacher is committed to helping the American Legion Department of New York grow and diversify during his tenure. Among his goals, he is hopeful that the Department can attract more female and minority veterans, as well as servicemembers from Operation Enduring Freedom and Operation Iraqi Freedom, over the next year.

Schacher succeeds Commander Rena Nessler, a US Navy veteran who was the first woman Commander of the American Legion Department of New York.

“New York veterans can rest assured that they have a strong leader and tireless advocate at the helm of this organization,” said outgoing Department Commander Rena Nessler. “We are so proud of the great work Commander Schacher has already done with the Legion and look forward to all he will do for us moving forward.”