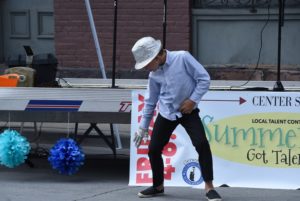 GENESEO – The first-ever talent show at the ‘Party in the Village’ was a huge hit Friday.

Organizers were happy that the crowd was lively, the performers were excellent and the weather was clear and beautiful.

“We definitely got the crowd we were looking for,” said Aidan Lewis, who organized and hosted the talent show. “We will definitely be doing this again next year.”

Brandon Hunt stole the show with his spot-on Michael Jackson impersonation. He won the first place $20 cash prize for the junior contest. Brian Lewis won a $20 gift card to Sweet Arts Bakery (his family’s shop) as second place junior with his rendition of “I’ve Got a Dream” from “Tangled.” Esther Levendusky and Quinn Kenyon tied for third, so they will decide who gets a $10 gift card to Envy Hair Salon and who gets a $10 gift card for Sweet Arts Bakery.

For the adults, Jane Howe won the $100 first prize. Miriam Morelli won $50 cash with her rendition of “My Destiny.” Grace Levendusky and Jasmine Cui tied for a $20 gift card to Envy.

Anna Cylke, Fred and Buzzo judged the contest and the audience voted on index cards for their favorite.

The ‘Judge’s Choice Award’ went to Felicity Thomas for her rendition of “Gimme Gimme” from “Thoroughly Modern Millie.”

The Fan’s Choice Award went to Quinn Kenyon for her rendition of ” Grand Old Flag. As her award, the GeneseeSun.com will be producing a music video with her as the star.

Party in the Village was organized by Geneseo Community Main Street and its intern, Sarah Jane Phillips, and Geneseo Town Board member Roberta Irwin. Employees at Touch of Grayce put in many hours helping organize.

“I’m sweating but I’m OK, it was great,” said Phillips as the show was winding down. “Everything seems to have gone quite well. There was great turnout and we especially have to thank Honeoye Falls Distillery and the Village Tavern for coming out and serving some drinks. We had so many great volunteers, including the judges for the talent show. Feels like a success.”

Geneseo’s summerfest continues with an outdoor concert by the Rochester Philharmonic Orchestra and another day of sidewalk sales and family activities in the Village Park on Saturday. 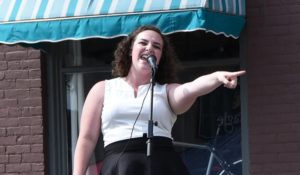 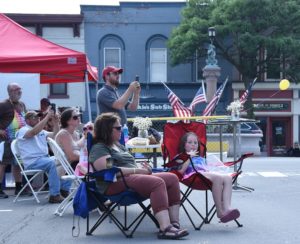 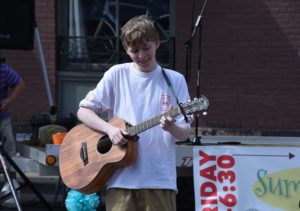 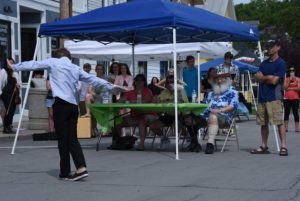 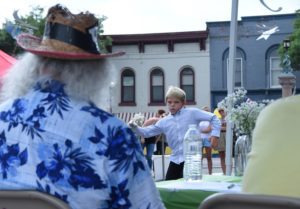 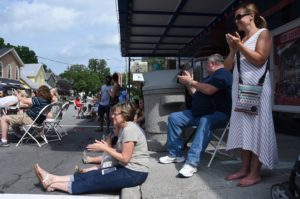 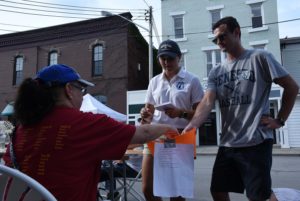 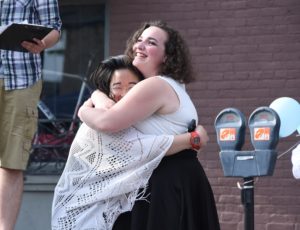 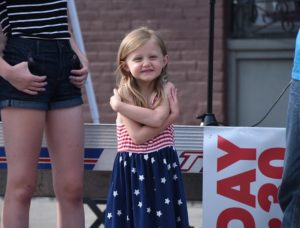