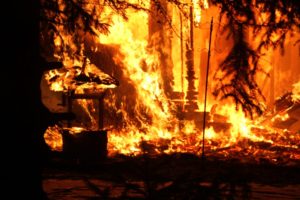 AVON – A home burned to the ground Thursday evening on North Avon Road.

Numerous fire departments from Livingston and Monroe counties are currently fighting the fire, which was first reported at about 10:18 p.m.

The structure is clearly a total loss. Multiple vehicles around the structure sustained heavy damage from the fire.

First responders are being cautious of telephone and electrical lines going to the house that cross through nearby trees.

Fire departments currently at the scene include but are not limited to: East Avon, Avon, Caledonia, Lima, Livonia, Rush, Henrietta, and Bloomfield.

Numerous ambulances are also standing by on scene but no one is reported to be injured. 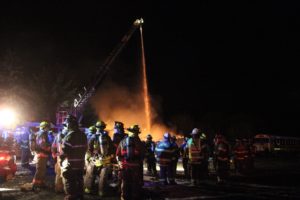 A tower truck engages the fire as firefighters stand by. (Photo/Conrad Baker) 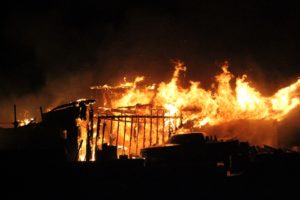 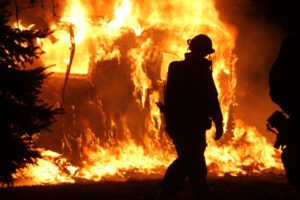