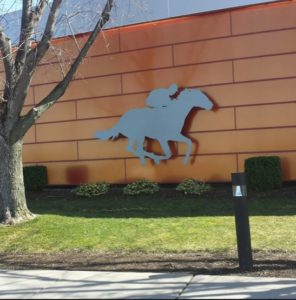 Finger Lakes Race Track has announced that they have canceled racing for Saturday, July 20th due to the forecast calling for excessive heat. When Finger Lakes Race Track was called for a comment, we were told that the safety of the horses and personnel are of the utmost importance and it was felt that this was the in the best interest for all of those involved.

Racing will resume on Monday, July 22nd with a post time of 1:10pm.  The New York Derby, which had originally been scheduled for Saturday, July 20th, will be rescheduled for a later date.

The gaming area of Finger Lakes Race Track will remain open during the hours of 8am and 4am.