According to a press release from Senator Catharine Young, her advocacy resulted in language being included in the final budget that will expand the number of statewide land banks from 20 to 25.

“In just a few years, land banks have been successful throughout the state to help revitalize communities,” said Young. “The program takes properties that would likely otherwise remain uninhabitable, addresses any outstanding legal issues and secures the necessary finances to make structural repairs. The outcome is a property that can enter the real estate market, generate local tax revenue, and become a home for a family. Having seen the success of the program statewide, I felt there was a compelling interest to request that authorization and funding be set aside so that five additional land banks can be established.”

Under a law passed in 2011, municipalities gained the ability to apply to Empire State Development, the state’s economic development agency, to establish not-for-profit corporations known as land banks to take control and redevelop vacant or abandoned properties where there is a public interest.

Earlier in 2017, Livingston County officials began exploring the option of founding a local land bank when they discovered that the original 20 applications had already been approved and the state’s cap had been reached.

Young’s press release said that the County contacted her office and she authored and passed legislation to expand the cap and went to work advocating for the change in the adopted State Budget.

“When I heard that Livingston County had been unable to submit an application to create a land bank, we immediately took action to address the issue and explore potential solutions,” said Young. “Having a safe, respectable place to live is a boost for homebuyers, and the improved property enhances the value for surrounding homes. Land banks are afforded significant powers and funding opportunities to carry out their purpose, and they can play a critical role in revitalizing our communities.” 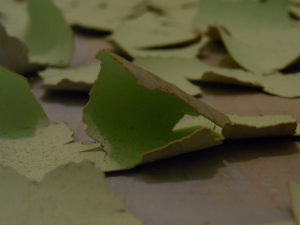