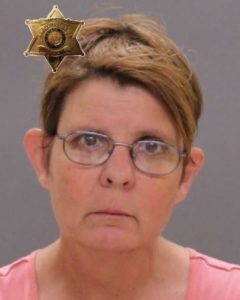 Sheriff Thomas J. Dougherty reports the arrest of a West Sparta NY resident on felony charges following an investigation by the Sheriff’s Office.

It is alleged through the investigation that 47-year-old Cherie C. Carter falsified paperwork that she later filed with the Livingston County Department of Social Services to obtain benefits. As a result of the falsified paperwork, Carter was granted benefits that she was not entitled to.

On August 10, 2022, Sheriff’s Investigator Brad Schneider arrested and charged Carter with felony Grand Larceny in the Fourth Degree, felony Welfare Fraud in the Fourth Degree, and felony Offering a False Instrument for Filing in the First Degree.  Carter was turned over to Central Booking Deputies at the Livingston County Jail for arrest processing. The District Attorney’s Office was contacted in regards to bail due to the felony level charges. It was recommended that Carter be released on her recognizance as the charges did not qualify for a Judge to set bail under the NYS Justice Reform Act.

Deputies did issue Carter an appearance ticket returnable to the Mount Morris Town Court in the future anthen released her from custody.

Assisting with the investigation were the Livingston County Department of Social Services and the Livingston
County District Attorney’s Office.