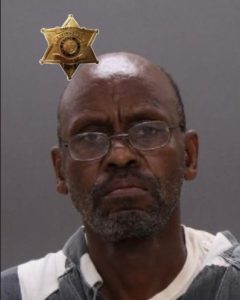 Sheriff Thomas J. Dougherty reports the arrest of a Maryland resident on felony DWI charges  resulting from an investigation following a complaint.

On July 5th, 2021 at approximately 7:40pm, Sheriff’s Deputies responded to the Quicklee’s Avon  Travel Center on Lakeville Road, in the Town of Avon, for the report of an individual that had been  operating a motor vehicle in an intoxicated state.

During the investigation, the operator of the vehicle was identified as Thomas J. NJenga, age 55 from  Lutherville-Timonium, MD. Deputies did suspect that NJenga was under the influence of alcohol.  Deputy Michael Donals, who is assigned to the Sheriff’s Office STOP DWI Unit, did conduct a DWI  investigation which included the performance of standardized field sobriety tests. At the conclusion of  the investigation, NJenga was taken into custody for DWI. The investigation also revealed that  NJenga had been operating a commercial vehicle at the time of his alleged intoxication and  operation.

NJenga was then transported to the Sheriff’s Office Headquarters in Geneseo, where he was offered  a breathalyzer to determine his blood alcohol content (BAC). Deputy Heather Benjamin of the Jail  Division did administer the test which revealed that NJenga had a blood alcohol content of .24%.

A records check revealed that Ryder had a previous DWI related conviction on October 10th, 2016 in  the State of Maryland, as well as on December 18th, 2013 in the State of Wisconsin.

NJenga was turned over to Central Booking Deputies at the Livingston County Jail for processing and  pre-arraignment detention. The offenses did qualify for arraignment under the NYS Justice Reform  Act, however, the Judge cannot set bail but only apply license restrictions.

NJenga on his own recognizance, per the law, to return to court at a later date and Deputies did set  him free.

Assisting with the investigation on scene for the Sheriff’s Office was Deputy Jerry Pilkenton and  Sergeant Caleb Cutting.