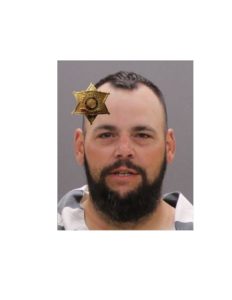 On July 15, 2022 at approximately 12:00 pm, Deputies responded to the Town of Lima after receiving text messages to the Livingston County Emergency Communications Center (E-911) of an intoxicated driver. Sheriff’s Deputies checked  the area and were able to locate the vehicle and operator in question on West Main Road in the Town of Lima.

The operator of the vehicle was identified as Michael R. Murray, age 44 from Macedon, NY. During the encounter, the  Deputy Sheriff suspected that Murray was under the influence of alcohol. The Deputy Sheriff did attempt to conduct  standardized field sobriety tests, however, all tests were refused. Due to several indicators of intoxication, Murray was  taken into custody for DWI at the conclusion of the investigation.

Murray was then transported to the Sheriff’s Office Headquarters in Geneseo, where he was offered a breathalyzer to  determine his blood alcohol content (BAC), a test which was also refused by Murray.

A records check revealed that Murray had a previous DWI related conviction in 2017 making this arrest a felony. The  check also revealed that Murray’s driving privileges in NYS had been revoked due to the previous DWI related  conviction, making the Aggravated Unlicensed Operation charge also a felony. Murray was also on probation out of  Wayne County.

Murray was arrested and charged with felony Driving While Intoxicated, felony Aggravated Unlicensed Operation of a  Motor Vehicle in the 1st Degree, as well as additional violations of the NYS Vehicle & Traffic Law.

Murray was transported and turned over to Central Booking Deputies at the Livingston County Jail for processing and  pre-arraignment detention. The District Attorney’s Office was contacted in regards to bail due to the felony level  charges. It was recommended that Murray be held on $2,500 Cash or $5,000 bond which was allowable under NYS Bail  Reform due to Murray being on probation.