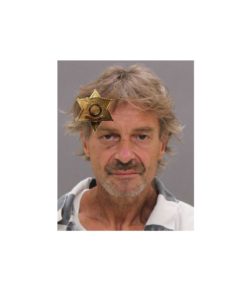 Sheriff Thomas J. Dougherty reports the arrest of a Monroe County resident on felony DWI and Felony AUO  charges following an investigation by the Sheriff’s Office.

On June 11th, 2022 at approximately 12:45 am, Deputy Rick Gage was in the Village of Livonia on an unrelated  investigation, when he was approached by an operator on a motorcycle looking for a local establishment.

The operator of the motorcycle was identified as Daniel P. Ingraham, age 53 from Rochester. During the encounter, the  Deputy Sheriff suspected that Ingraham was under the influence of alcohol. The Deputy Sheriff did conduct a DWI  investigation which included the performance of standardized field sobriety tests. At the conclusion of the roadside  investigation, Ingraham was taken into custody for DWI.

Ingraham was arrested and charged with felony Driving While Intoxicated, felony Aggravated Unlicensed Operation of a  Motor Vehicle in the 1st Degree, as well as additional violations of the NYS Vehicle & Traffic Law.

Ingraham was transported and turned over to Central Booking Deputies at the Livingston County Jail for processing and  pre-arraignment detention. The District Attorney’s Office was contacted in regards to bail due to the felony level  charges. It was recommended that Ingraham be held without the possibility of bail, due to having seven previous Felony  convictions.