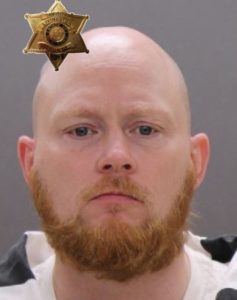 Sheriff Thomas J. Dougherty reports the arrest of a Monroe County NY resident on felony burglary and grand larceny charges after an investigation by the Sheriff’s Office.

On March 5, 2021 at approximately 2:25 pm, Sheriff’s Deputies responded to an address on Oak Openings Road in the Town of Avon for the report of a break-in at a residence. The resident reported that a person had illegally entered the home and stolen multiple items including jewelry and approximately $1,000 in cash.  On June 30, 2021 Sheriff’s Investigators charged William T. Bannister Sr., age 47 from Irondequoit, with felony Burglary in the Second Degree and felony Grand Larceny in the Fourth Degree. Bannister was arrested at the Wayne County Jail where he was being held on similar charges for a burglary he is alleged to have committed in Wayne County.

Bannister was turned over to Central Booking Deputies at the Livingston County Jail for processing and pre-arraignment detention as the offenses did qualify for pre-arraignment detention. The District Attorney’s Office was contacted in regards to bail due to the felony level charges. It was recommended that Bannister be held without the possibility of bail due to him having three (3)
previous felony convictions.

Assisting in the investigation was the Wayne County Sheriff’s Office.