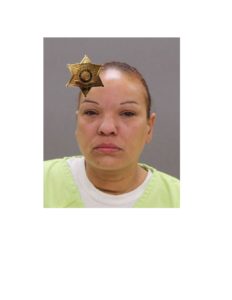 Sheriff Thomas J. Dougherty reports the arrest of a Monroe County resident on felony charges,  including bail jumping, after a warrant was issued for her arrest.

On May 5, 2022 members of the Sheriff’s Office Criminal Investigations Division located 41 year-old Tanya  M. Latone of Rochester NY after an investigation led them to a location in the City.

Latone was taken into custody for outstanding warrants, including a felony bench warrant issued by Livingston  County Court. It is alleged that Latone failed to appear for sentencing in Livingston County Court on a felony  driving while intoxicated conviction. The court issued a warrant for Latone’s arrest in March of 2022. Latone  was also wanted out of the Town of Livonia for an additional driving while intoxicated charge, that was issued  in February of 2022.

On May 6, 2022 Latone was additionally charged with felony Bail Jumping in the Second Degree, after she  failed to appear for her initial sentencing back on March 1, 2022 for the Felony driving while intoxicated  charge. The District Attorney’s Office was contacted in regards to bail due to the felony level charges. It was  recommended that Latone be released on her own recognizance for that charge due to her being held without  bail on the County Court warrant.