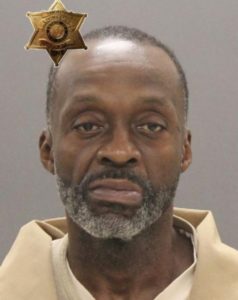 Darwin F. Barnes, age 55 of Rochester was pulled over on 390 within Livingston County, for a violation of the NYS Vehicle and Traffic Law.  A records check revealed that Barnes was operating the vehicle with his driver’s license revoked. Barnes was found to have a total of 51 suspensions or revocations. Barnes was arrested and charged with felony Aggravated Unlicensed Operation of a Motor Vehicle in the 1st Degree. The AUO charge was a felony because Barnes had more than ten license suspensions on ten separate dates for failure to appear, failure to answer a summons or failure to pay a fine.

The arrest was made by Deputy Mitchell McGee, who is assigned to the Sheriff’s Office Operation Safe Interstate initiative.

Barnes was turned over to Central Booking Deputies at the Livingston County Jail for processing and pre-arraignment detention as the offenses did qualify for pre-arraignment detention under the NYS Justice Reform Act due to Barnes being on Probation out of Monroe County. The District Attorney’s Office was contacted in regard to bail due to the felony level charges. It was recommended that Barnes be held on $2,500 cash bail or $5,000 bond.

Assisting with the investigation for the Sheriff’s Office were Investigator Shawn Whitford, Sergeant Caleb Cutting with K9 KAI, and Deputy Michael Phillips.