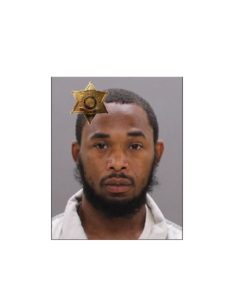 On July 29, 2022 Investigator Shawn Whitford was assigned to the Sheriff’s Office Operation Safe Interstate when he conducted a traffic stop on Interstate 390 in the Town of Avon for violations of the NYS Vehicle and Traffic law. The Investigator suspected that there was drug activity in the vehicle and conducted a drug investigation.

Jones was turned over to Central Booking Deputies at the Livingston County Jail for processing and prearrangement detention. The District Attorney’s Office was contacted in regards to bail due to the felony level charges. It was recommended that Jones be arraigned because of the serious felony charges, but that he be released on his own recognizance. The offenses did qualify for pre-arraignment detention under the NYS Justice Reform Act; however a Judge may not set bail because the offenses are non-qualifying offenses under the NYS Justice Reform Act.

The investigation was handled by Investigator Shawn Whitford of the Criminal Investigations Division and Deputy Jerry Pilkenton of the Patrol Division.