LIVINGSTON COUNTY – The Livingston County Sheriff’s Office arrested an inmate on a felony charge for allegedly sneaking pills into the county jail.

According to a press release from Sheriff Thomas Dougherty, Timothy Mayeu, 50, was arrested for felony Promoting Prison Contraband in the First Degree and misdemeanor Criminal Possession of a Controlled Substance in the Seventh Degree.

Livingston County Sheriff’s deputies assigned to the Correctional Services Bureau found that a dangerous drug had been introduced to the jail and investigated.

Corporal Joshua Daly received information that an inmate had smuggled Suboxone into the jail when reporting for an intermittent weekend sentence on Nov. 24. Deputy Kyle Gilg conducted a search and located the drugs concealed inside Mayeu’s clothing.

Mayeu was serving a nine month intermittent sentence after a traffic stop on 390 wherein he possessed heroin.

Mayeu was arrested by the Sheriff’s Office on April 22, 2017. He allegedly had a pack of cigarettes containing three baggies of heroin and threw it away from his car at a traffic stop.

He was charged at that time for felony Tampering with Physical Evidence, misdemeanor Criminal Possession of a Controlled Substance in the Seventh Degree and misdemeanor Aggravated Unlicensed Operation in the Second Degree and traffic tickets for Unlicensed Operator, Operating a Vehicle with No Insurance, and Operating a Vehicle with a Suspended Registration. 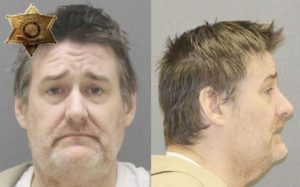