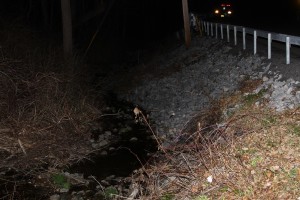 AVON – The ATV rider who ran off of North Littleville Road Tuesday evening and struck a guard rail has passed away.

According to Captain Brian Applin with the Livingston County Sheriff’s Criminal Investigations Division, the rider was southbound on an ATV in the roadway of North Littleville Road when he ran off the road at about 7:48 p.m. and was thrown from the vehicle when he struck a guardrail, plastic pole and telephone pole, and fell into a gully.

The victim’s family was present on scene and witnessed the accident.

An emergency helicopter with Mercy Flight responded to the soccer fields on Lake Road. However, the victim’s condition was not stable enough for transport by helicopter, and an ambulance took him to the hospital.

North Littleville Road will continue to be closed as the Sheriff’s Forensic Identification Unit reconstruct the accident. 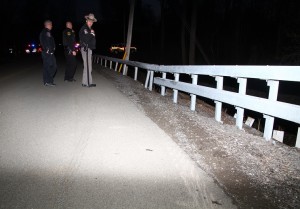