GENESEO – An investigation into the sudden passing of a Geneseo man ended with the arrest of who the Sheriff’s Office believes is the man who sold the deceased heroin.

A press release from Livingston County Sheriff Thomas Dougherty announced the arrest of Steven Rigoni, 38, of Pavilion, for Criminal Sale of a Controlled Substance in the Third Degree, a high-level drug felony.

“The Sheriff reminds those selling illegal drugs in Livingston County to know that every drug related death in this county will continue to be thoroughly investigated by Deputy Sheriffs and if you are found to be the seller, you will be held accountable,” said a statement in the release.

The Sheriff’s Office made the arrest Jan. 26 after investigating the death for over six months. The deceased was 34 years old.

Rigonia was turned over to Central Booking Deputies at the Livingston County Jail for processing and pre-arraignment detention.

Geneseo Village Justice Thomas Bushnell arraigned Rigoni to the custody of the Sheriff on the recommended bail. 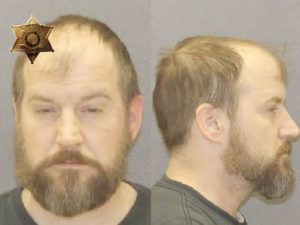