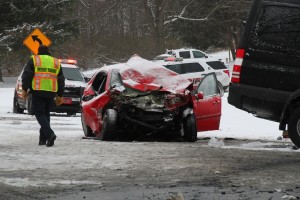 MOUNT MORRIS – One person was killed and another 12 trapped in a three-car accident on Rte. 36 (Sonyea Road) near Cleveland Road Monday morning.

According to Livingston County Sheriff’s Chief Deputy Matthew Burgess, a small red car, a large van, and an SUV collided at about 8:10 a.m., killing the only occupant in the red car and injuring and trapping many of the 12 occupants of the van.

The driver of the SUV declined ambulance transport to the hospital.

Burgess said that the Sheriff’s Office is currently reconstructing the accident and will provide further details after completing their investigation.

UPDATE: As of 3:50 p.m., U of R Medicine says that they received a total of 13 patients from this incident, ranging in age from 49 to 71. One was admitted in guarded condition, three in satisfactory condition, one was treated and released and 8 others are still under evaluation. 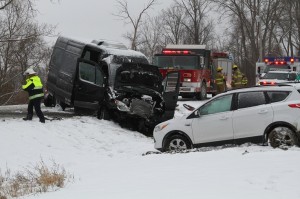 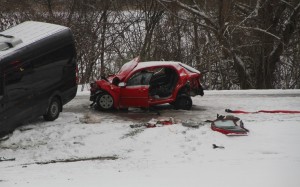 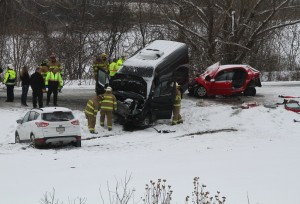